Urmas Tartes was born on September 19, 1963.  He is known for his outstanding nature photographs, both still and moving, especially of insects.  He takes photographs primarily in his native Estonia, noting that “There is a saying in Estonia that in order to see new things, you have to follow common paths – paths you know.” 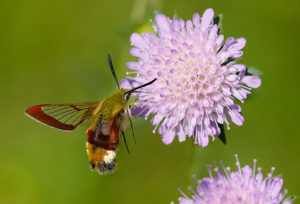 Tartes was educated at Tartu University in Estonia, earning BS, MS and PhD degrees in biology and insect physiology.  He worked at the Institute of Zoology and Botany, eventually serving as its managing director, and later at the Estonian University of Life Sciences.  For his work as a scientist, administrator and photographer, he was awarded the Estonian Order of the White Star, Class IV, a government recognition for contributions to the nation in various fields of endeavor.

In 2010, he left the university to focus on his career as a freelance photographer and author.  He won the Veolia Environment Wildlife Photographer award for the Animals in their Environment category in 2009 for a rare photograph of a springtail in a field of snowflakes.  Like nature photographers that preceded him, he was lucky to be in the right place at the right time, but also had the knowledge and patience to capture springtails in their highly precise movements.  “I had to ‘ambush’ the weather for just the right temperature and condition,” he told BBC News.  “We came to a place where we thought it might be possible [to see the insects] and the thermometer in the car said it was just the right temperature.”

Tartes has published several books about nature and nature photography, emphasizing insects.  In addition to his own work, he frequently serves as a juror for important photography competitions across Europe.  He has served as the Chairman of the Nature Protection Commission of the Estonian Academy of Sciences.