The life of Ansel Adams is chronicled on his birthday, February 20 (learn more about Adams here), but this day is special for the photographic event that occurred then.  Ansel Adams was 39 years old and photographing in the countryside north of Santa Fe, New Mexico.  He’d spent a disappointing day in the Chama Valley area on the state border with Colorado, unable to get the right combination of subject matter and light to satisfy his demanding standards.  As the light began to fade, he, his son and assistants climbed into his well-used Pontiac station wagon and headed for home.

Adams drove fast—always—but he knew the roads well on the way back to Santa Fe.  As he drove south on U.S. 84, he would have been watching the sky, the clouds and the light, perhaps picturing in his mind the possibilities for a photograph.  Then, as he rounded a bend in the road, he saw the small village of Hernandez to the west.  The moon had risen and was illuminated by the setting sun over his left shoulder.  Below the moon lay banks of white clouds along the peaks of the Sangre de Cristo Mountains, and below the mountains lay Hernandez.  In the foreground, the white crosses of a cemetery glowed brightly from the reflected sunshine.

Adams slammed on the brakes, swerved to the shoulder and, in a storm of gravel and dust, jumped from the driver’s seat.  He began throwing equipment from the car, ordering his assistants to bring the camera, tripod, film and light meter.  Knowing that the light might disappear at any second, Adams rushed to assemble the equipment—but the light meter could not be found.  Remembering that the moon reflected 250 foot-candles of light, he estimated the right setting for the shot—a one-second exposure at an aperture of f/32.

He took the shot.  He prepared to take another shot—but stopped.  In the seconds required to reverse the film, the light had disappeared.  He’d had just one chance to expose the film. 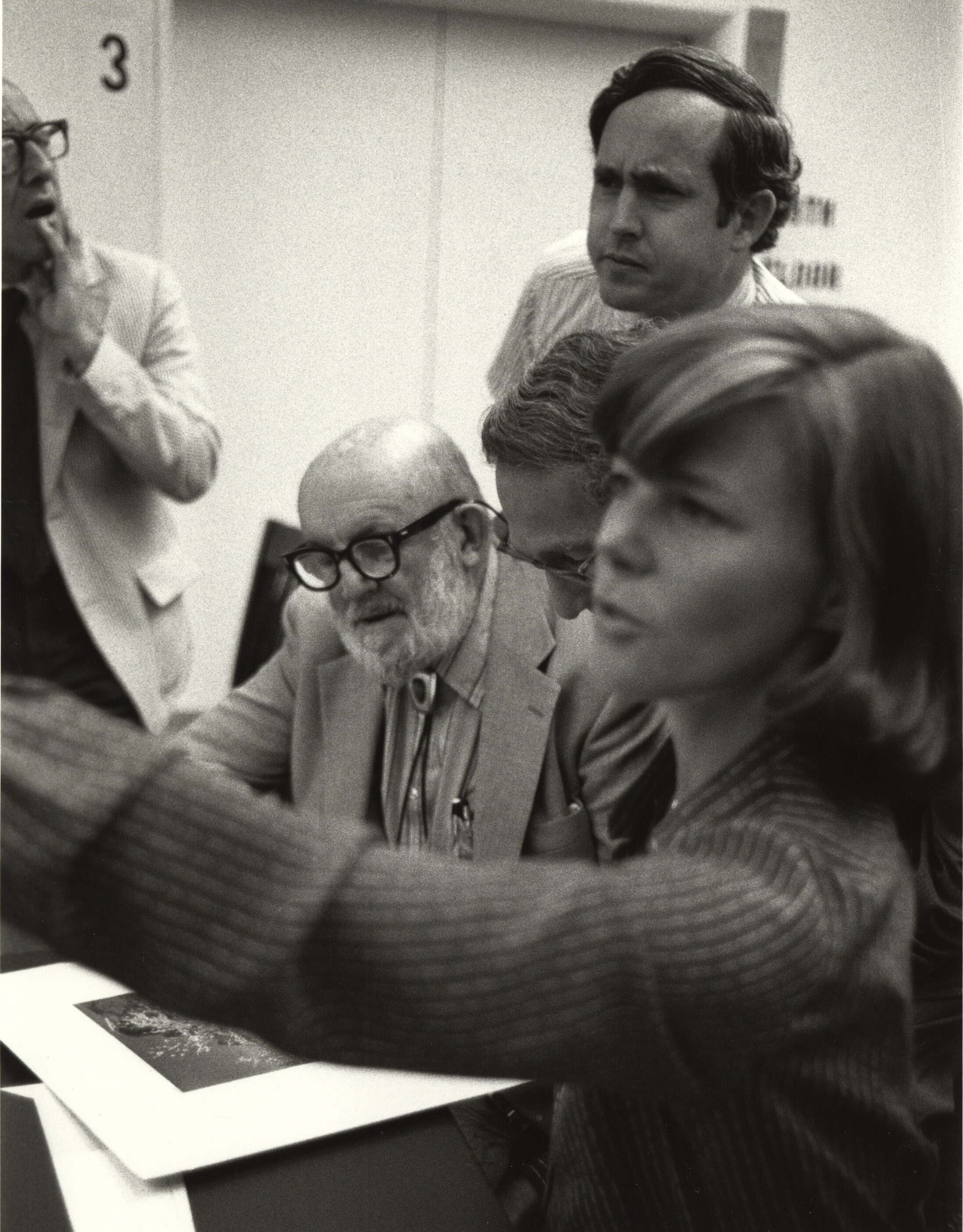 But one exposure was all that was needed.  He had captured Moonrise over Hernandez, New Mexico for all time.  If there is such a thing, Moonrise is the perfect environmental photograph.  The broad expanse of sky, mountains and land demonstrate the overpowering strength of nature.  The village in the foreground illustrates the essential interaction between humans and nature, which provides the resources needed for life.  And the white crosses remind us that the life of the individual is fleeting, but the population and species continues.

And, of course, the photograph is a masterpiece of composition, beauty and technical skill.  Over his life, Adams made about 1300 prints of Moonrise.  Today a print can bring more than $500,000 at auction.  One estimate puts the total value of Moonrise prints at $25 million.

A photograph of such beauty, fame and value begged another question:  When was it taken? Ansel Adams, who had frequently frustrated his publishers by not recording or remembering when he had taken a photo, could only shrug.  During the fall in the early 1940s, he guessed.

The photograph, however, offered many clues to its birthdate, given the right expertise and equipment to interpret the data.  The definitive answer came from a 1980 analysis by a solar physicist at the High Altitude Observatory in Boulder, Colorado.  Based on the position of the moon, lighting of various mountain peaks and other clues from topographic maps and surveyor’s instruments, all filtered through a computer, he pinpointed the exact date and time:  4:03 PM on October 31, 1941.  Adams, who was still alive at the time, was delighted to have the mystery solved. “Yippee!” he wrote to the scientist.

Only one problem—he was wrong.  When an amateur astronomer, Dennis di Cicco, grew interested in the dating process, he tried to reproduce the results—and failed.  Upon further analysis, it seems the computer used in the original analysis had distorted the image.  The scientist was embarrassed and admitted the error.  Dennis di Cicco stayed on the trail, and eventually corrected for the distortion.